The theme for the 2020-21 annual Library Mini-Conference is "Representation." See the Call for Proposals below for details, along with a list of possible topics to get you thinking about your own topic.

About This Year's Theme

“Representation” is a continuation of the Library’s 2020 observance of the 100th anniversary of the Nineteenth Amendment.  The theme may be interpreted broadly and below are some suggested topics, though you may create your own for your proposal.

Conference Dates:  April 5 & 7.  Please note that due to the pandemic, this year’s mini-conference will be a virtual event.  Presenters will record their presentations.  Additional details forthcoming. 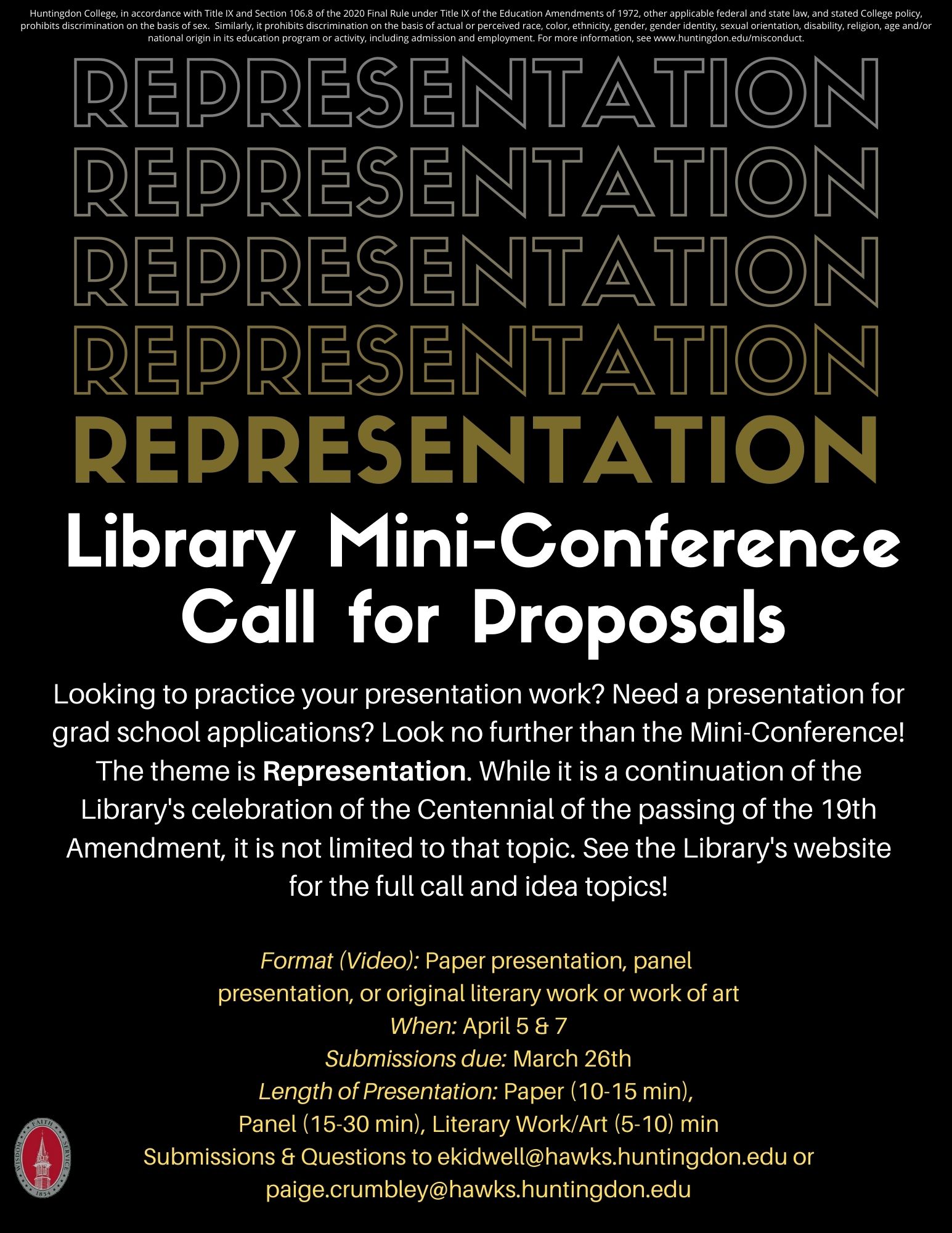 Suggested Topics (to get you thinking)

The role of the automobile in the Civil Rights Movement (e.g The Green Book roadguide series, the idea of the “Overground Railroad”)

Racial inequality in the suffrage movement

“Because my mama told me to,” how Tennessee got the 19th Amendment across the finish line

The long road of the ERA.  Its history

The long road of the ERA.  Its present

“Taxation without representation” and the District of Columbia and U.S. Territories

The rise of literature/art representing the “Other” in mainstream America

The rise of literature/art by underrepresented writers

The role of minority voting in the 2020 election

Representation of minorities in film

Why Have There Been No Great Women Artists? (This is the title of a seminal book by Linda Nochlin who argues the wrongness of the question.)

When you picture a scientist, what do you see?

Can an increase in representation in police forces solve our criminal justice problem(s)?

Being “out” as an athlete

Women in the Bible.  Why are so few women named?

Either an Eve or a Mary or a Lilith.  The impact on Western society of the lack of complexity in how women have been depicted/viewed

The Mary Annings of the world