Welcome to the Mardi Gras LibGuide. While this guide will provide you with a number of information sources for your enjoyment of Mardi Gras, as celebrated both in New Orleans and Mobile, it can also lead you to more scholarly resources on the topic.

THE ORDER OF MYTHS documentary

Trivia:  According to legend, the Moon Pie was created in 1917, by a bakery in Chattanooga to give coal miners a snack that was both filling and could fit in their lunch pails.  Workers back at the bakery were noticed eating graham cookies dipped in marshmallow. Another type of cookie was added and the entire thing then covered in chocolate, thus giving us the Moon Pie ("moon" because one of the coal miners, in describing the ideal size for the new snack, held his hands up toward the early evening sky, and encircling the moon, demonstrated what would be the perfect size). 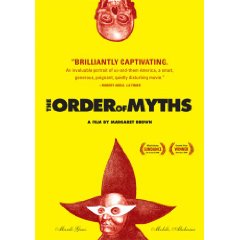