A list of potential topics. This list is by no means exhaustive, but these are suggestions to get you started. sponsored by the Houghton Memorial Library

Social Justice Issues in Harry Potter (and how they can be related to our world):

Social Justice Organizations and their roles in society 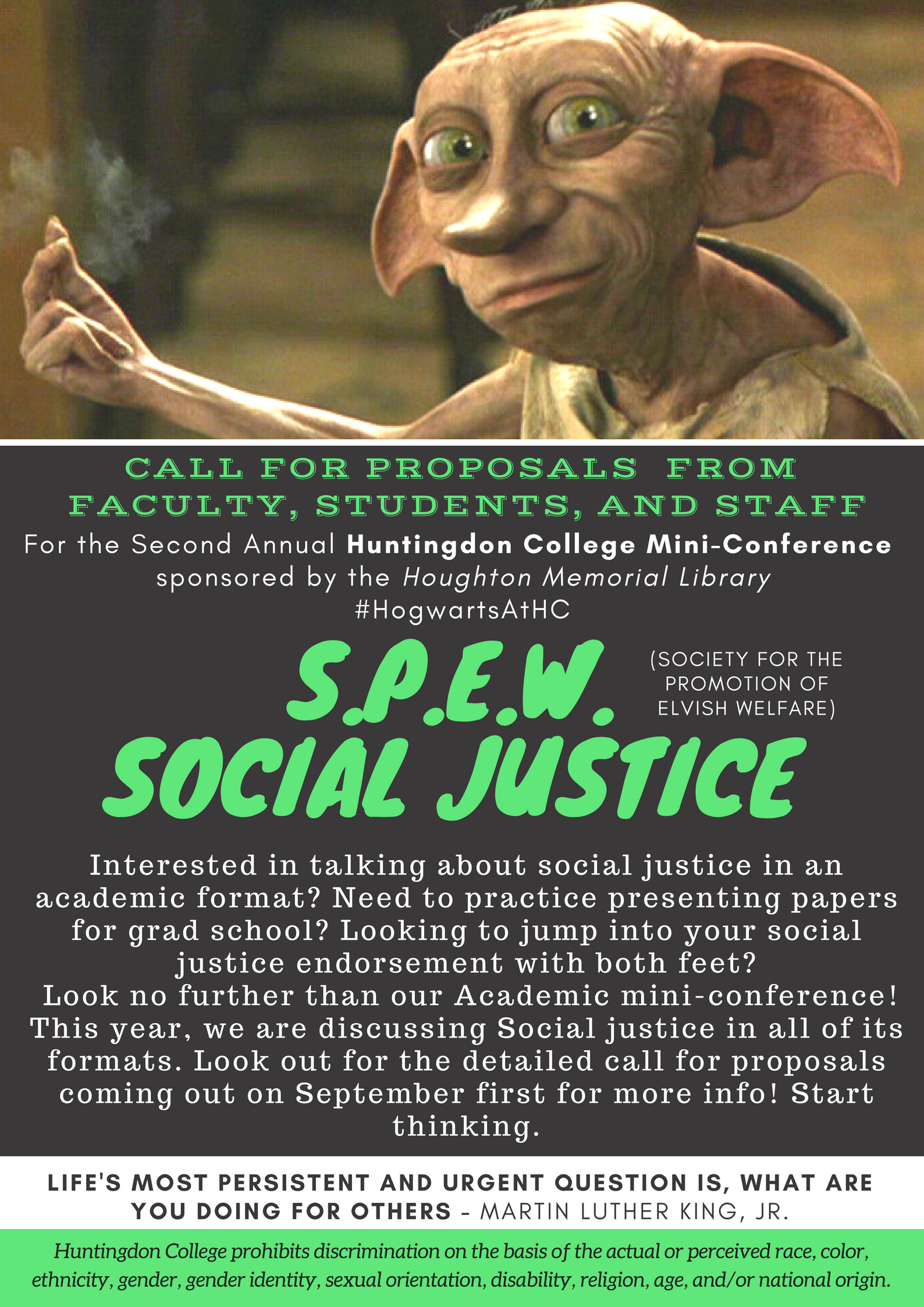 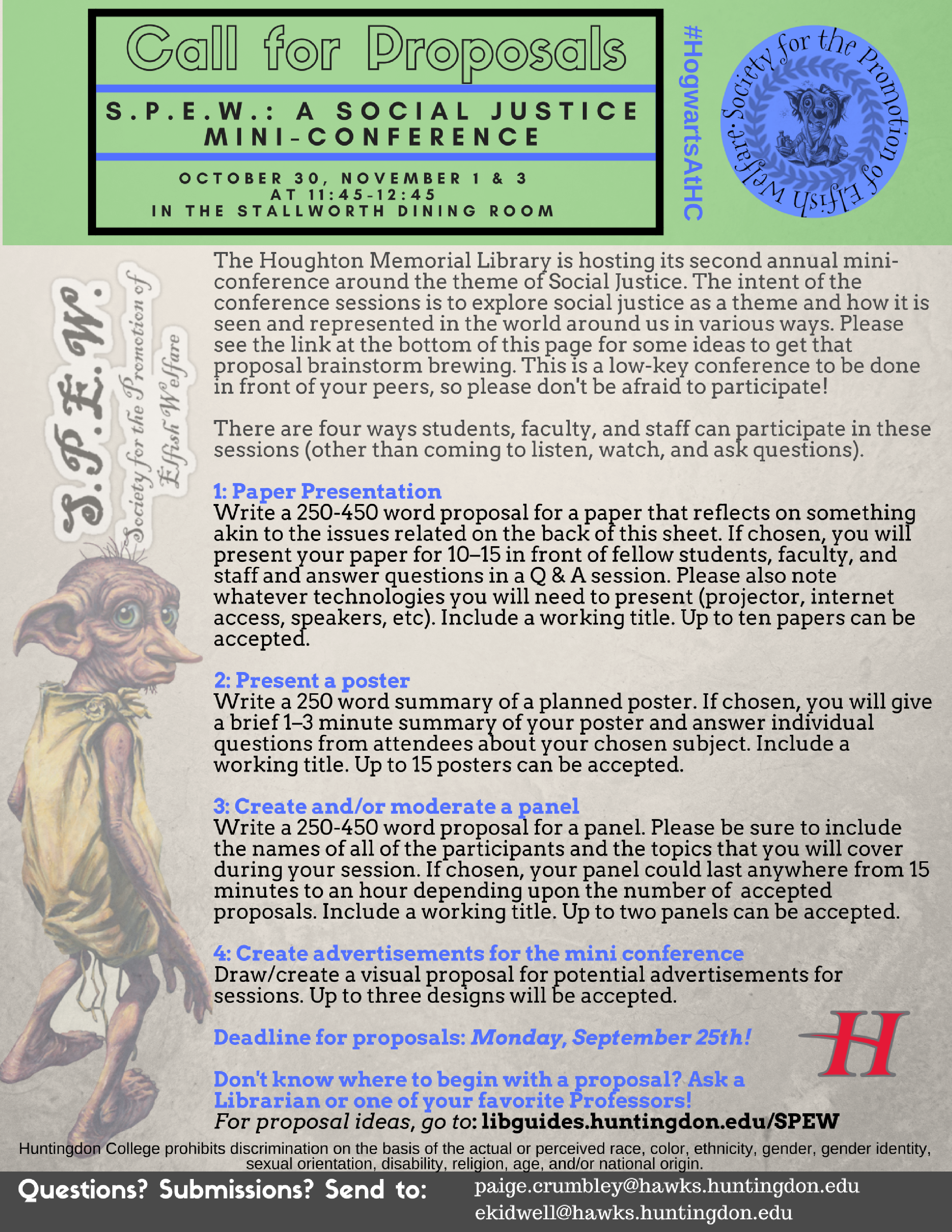 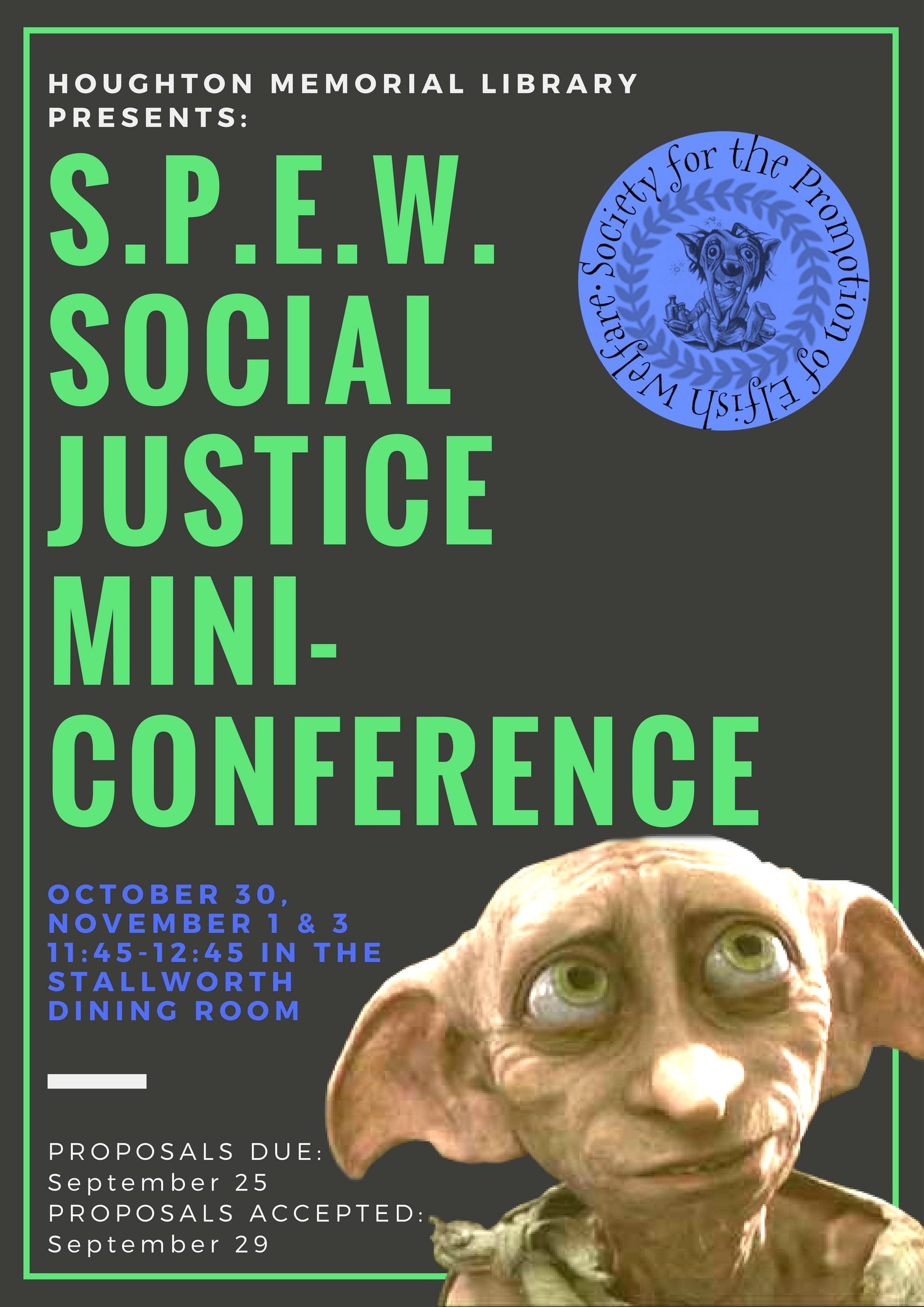 Technology, Media, and the Internet

Ms. Crumbley at paige.crumbley@hawks.huntingdon.edu or