In this LibGuide you'll find presentation topics for the Library's fall 2019 mini-conference. Our theme this year is in observance of the 50th anniversary of the Apollo Moon Mission. 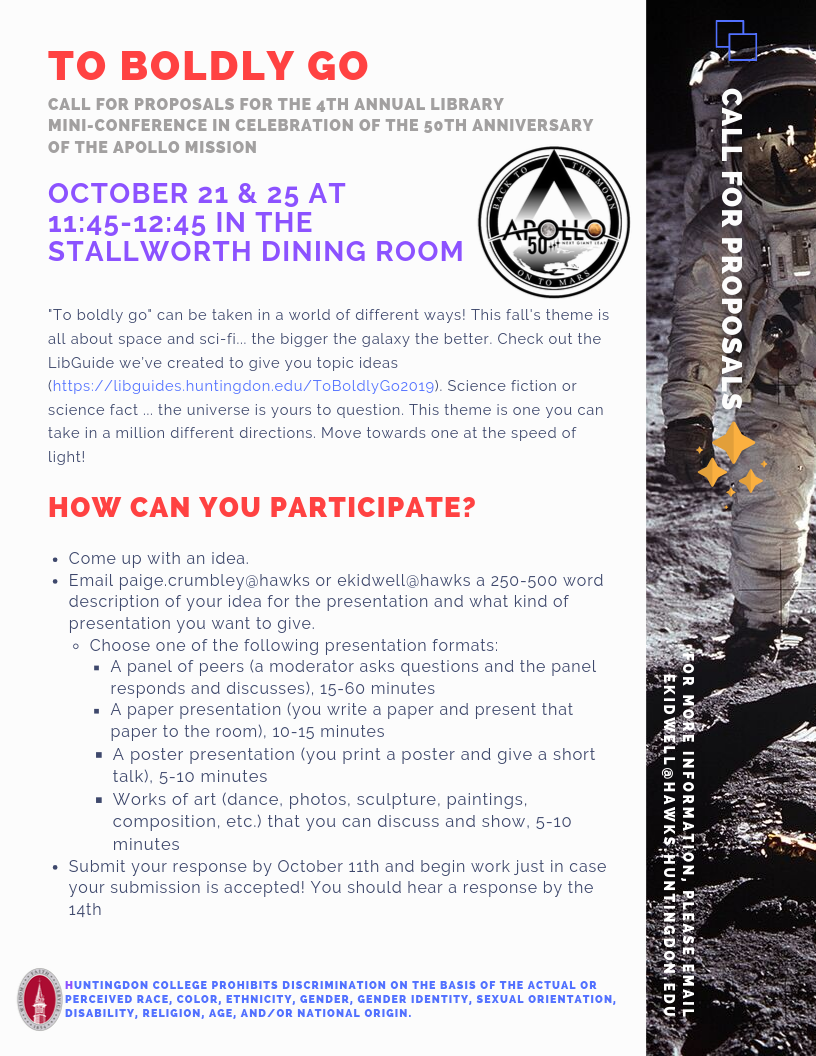 Aliens come to Earth to live - discuss the issue in relation to citizenship, immigration, "human" rights

Discuss the physiological changes that may occur to the human body due to prolonged space travel and/or space colonization.

Creation stories from different cultures - how the world, the skies came to be

NASA - its history, its future

How have different groups of people (e.g. minorities) been depicted in Science Fiction (literature and/or film)

How have social issues been addressed through Science Fiction?

Space and the Arts:  Gustav Holst The Planets, "music of the spheres," other forms of artistic interpretation of space,  of our place in it

Where did the idea of the "Little Green Men" come from?

What would it be like to live in outer space?

The politics of space colonization

Create a work of art related to space (e.g. life on Mars, if it existed, what might Martian animal and plant life had looked like?)