The Ghosts of Huntingdon College

For a college our size, we seem to have more than our fair share of spirits lurking about.  Depending upon whom you ask, Huntingdon has anywhere from three to five campus ghosts.  Most famous is The Red Lady who lives in Pratt Hall.  Then there is Frank, the ghost of the Library.  Our other spirits are unnamed and where they reside seems to float (pardon the pun) about.  There is the ghost who is said to have moved with the College when it relocated to Montgomery from Tuskegee (and is presumed to live somewhere in Flowers Hall ... some people claim the Chapel).  And then there is at least one ghost who enjoys the outdoor spaces of the campus, particularly The Green.

While Huntingdon’s most famous ghost is by far The Red Lady (see the story in 13 Ghosts and Jeffrey by Kathryn Tucker and Margaret Gillis Figh), Martha (aka The Red Lady) is not the only ghost to call Huntingdon home.  Frank is the ghost of the Library, but unlike Martha, he has no back story.  As a matter of fact, Frank didn’t even have a name until a student in the early 1990s decided he needed one and suggested “Frank.”  Apparently, Frank didn’t object to his new name, or not enough to make his displeasure known.

Over the years there have been “encounters” with Frank: Reports of odd visions on the fourth stack level of the original library building, heavy oak doors mysteriously closing on their own, moans in a decidedly male voice, books sighted on shelves suddenly found opened on a table … just the usual ghostly mischief.

Frank is also somewhat productive, as he assists in maintaining the Library’s Facebook page. Regretably, he isn’t much help with reshelving books.  That duty still falls to student assistants.

This mysterious blue chair has been a favorite of Frank's for over twenty years.  He enjoys moving it around the building and has been know to raise and lower the seat unexpectedly if you are so bold as to use it. (Sadly, at some point in 2013-14, someone lifted Frank's chair from the Library --- Frank is not pleased.) 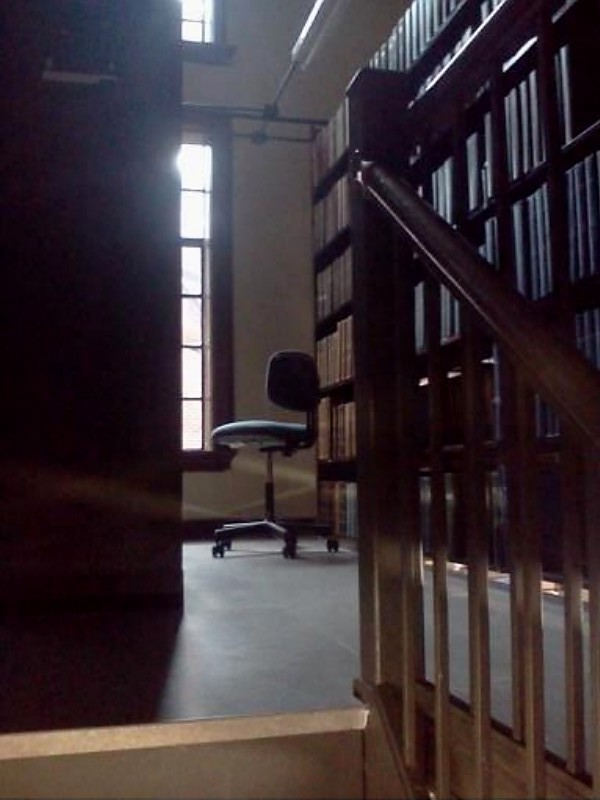 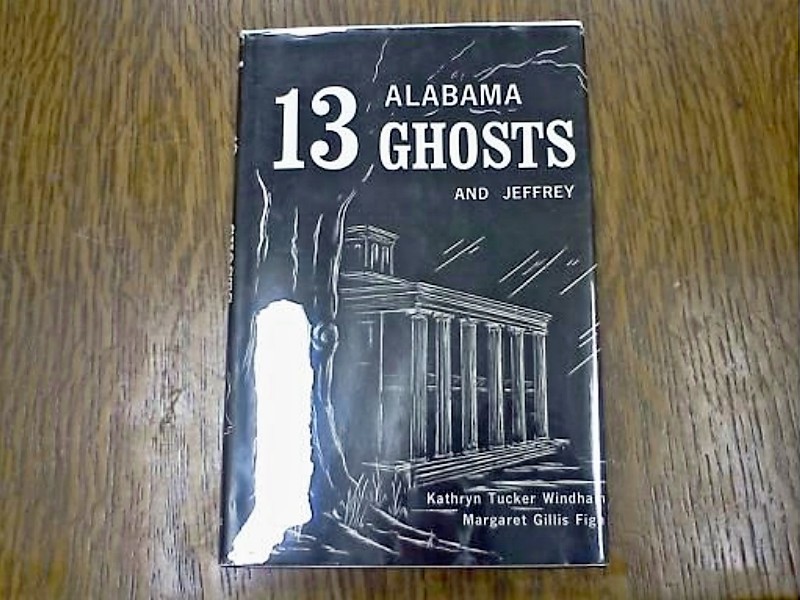